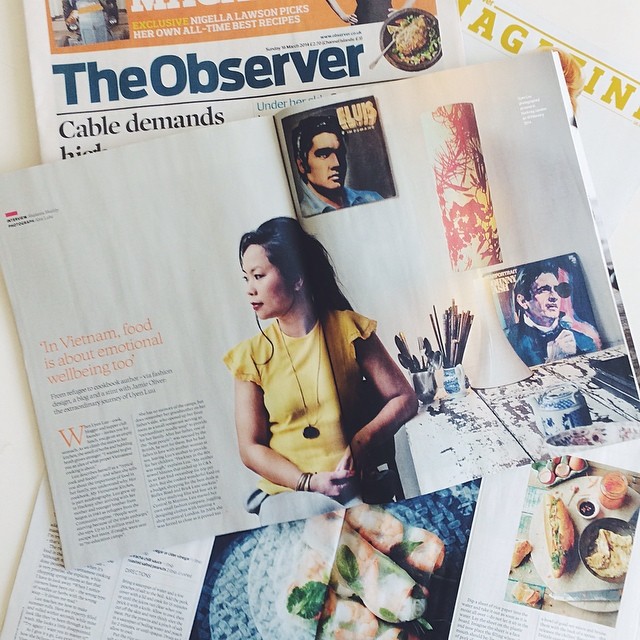 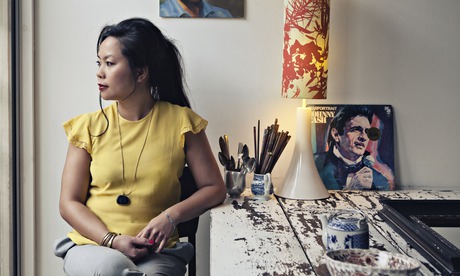 When Uyen Luu – cook, blogger and supper club founder – invites you for lunch, you go on an empty stomach. As we climb the stairs to her kitchen, the smell of herbs and bubbling broth grows stronger. “I wanted to give you an idea of what proper Vietnamese cooking is about.

Luu describes herself as a “typical cook and feeder” – and when she tells you about the importance of food in her family, you understand why. Her cookbook, My Vietnamese Kitchen, is part autobiography. Luu grew up in Hackney after arriving with her mother and younger brother from Saigon in 1983 as refugees from the Communist regime. “People were starving because of the trade embargo,” she says. Up to 1.5 million tried to escape but many, if caught, were sent to “re-education camps”.

She has no memory of the camps, but does remember her grandmother on her father’s side, who opened up her front room as a small restaurant serving an “extraordinary noodle soup” to provide for her family. After her father, one of the “boat people”, was rescued by the British, he sent for them. But he had fallen in love with another woman at sea, leaving Luu’s mother to provide for her children. “Hackney in the 80s was tough,” explains Luu. “My mother sewed blouses that ended up in C&A in an East End sweatshop for 10p per shirt. But she cooked wonderful food on a budget, shopping for the best deals at Ridley Road and Brick Lane markets.”

After studying film and fine art at Central St Martins, Luu started her own small fashion company, juggling designing clothes with running a shop in central London. In 2009, she was forced to close as it proved too stressful. “The overheads were too high and I’d got myself into debt,” she explains, while dropping freshly made vegetable spring rolls into hot oil.

She worked, briefly, as a fundraiser for the Jamie Oliver Foundation and Oliver’s website; Luu even found herself teaching Oliver how to make perfect summer rolls for his TV show. At the same time, she was cooking for friends. “They’d all turn up here and I’d cook. They all said I should try getting into the food industry.”

Luu never intended to turn food into a career. It’s hard to believe, as she expertly mixes delicate dipping sauces, that she couldn’t cook her native cuisine until six years ago. “In 2009 I was cooking a lot of Italian because my mum never allowed me in the kitchen [growing up].” Luu then convinced her mum to teach her and began hosting what was then the only Vietnamese supper club in London. “Once you know the principles: how to balance salty, sweet and sour, and adding heat to that, it’s quite easy to master,” she says. “It’ll always feel like I’m trying to achieve mum’s standard – that’s where the bar is set.”

The rising popularity of Vietnamese food in the UK is not lost on Luu – “although my bugbear is when it’s done incorrectly”. Vietnamese cooking is very precise, she explains, while chopping spring onions so fast that I have to look away. “When I notice corners have been cut – the wrong type of noodles or herbs with the wrong soup – it drives me mad.”

Luu teaches me how to make summer rolls. Hers are expertly filled and rolled within seconds, while mine look like they’ve been through a hot wash. She looks a little disappointed. “Try again! I want you to master it!”

As I give it a go, Luu explains how she believes food affects mood. Vietnamese cuisine, she says, “doesn’t bring you down, it’s light” – in Vietnamese culture, eating is about emotional wellbeing, too. She continues: “Cooking is very emotional for me, it’s tied up into my family’s story” – she thinks for a moment – “and it brings people together.”