As featured in Marks & Spencer 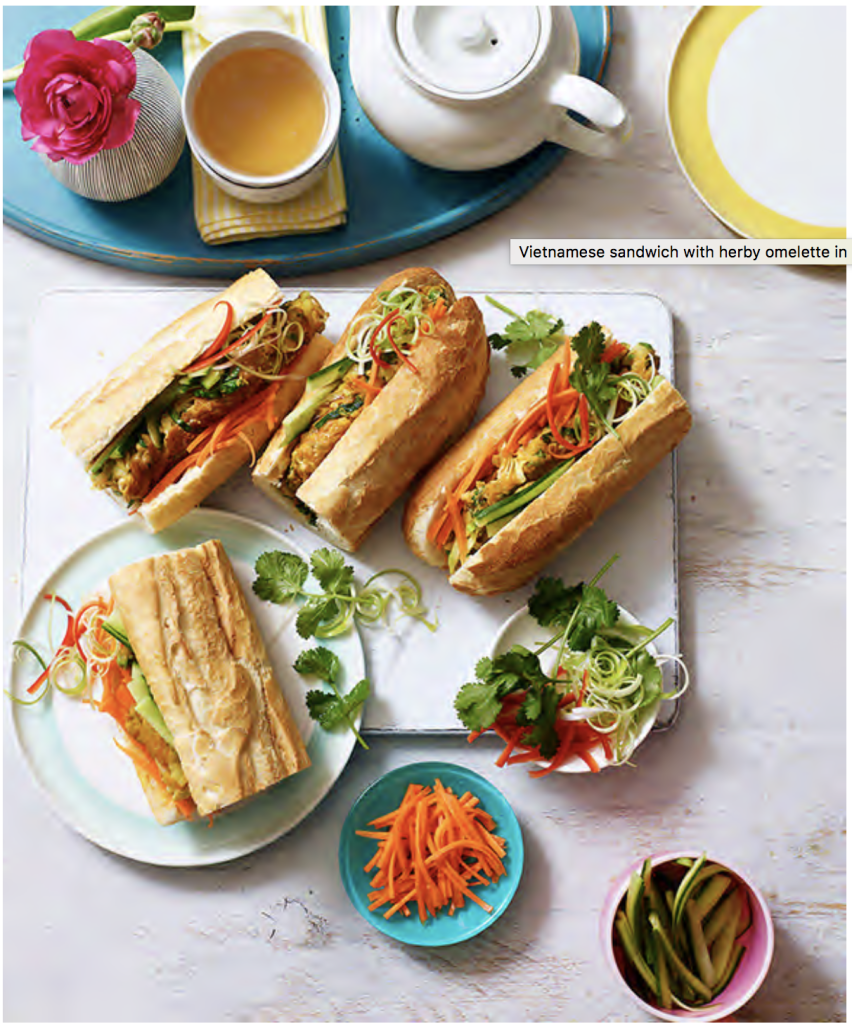 For something deliciously different for your brunch, try food writer Uyen Luu’s egg banh mi – a Vietnamese sandwich with soft herby omelette in a crusty baguette with pickled carrot, cucumber and chilli.

Mix the carrot with the lime juice and sugar in a bowl and set aside.

Separate the egg yolks and whites into two bowls. Add the spinach and cabbage to the yolk bowl with the teriyaki sauce and mix. Whip the egg whites until they form soft peaks, then fold into the yolk and greens.

Cut the baguette in half and scoop out some of the dough. Stuff the hollow baguette with the garnishes and carrot pickle.

Cook the leeks, peas and shallots in a large pan over a medium heat with one tbsp oil until soft. Pour over the egg mixture. Every 30 seconds, fold the whipped omelette over in half and keep folding in all directions until cooked. Stuff the omelette into the baguettes.