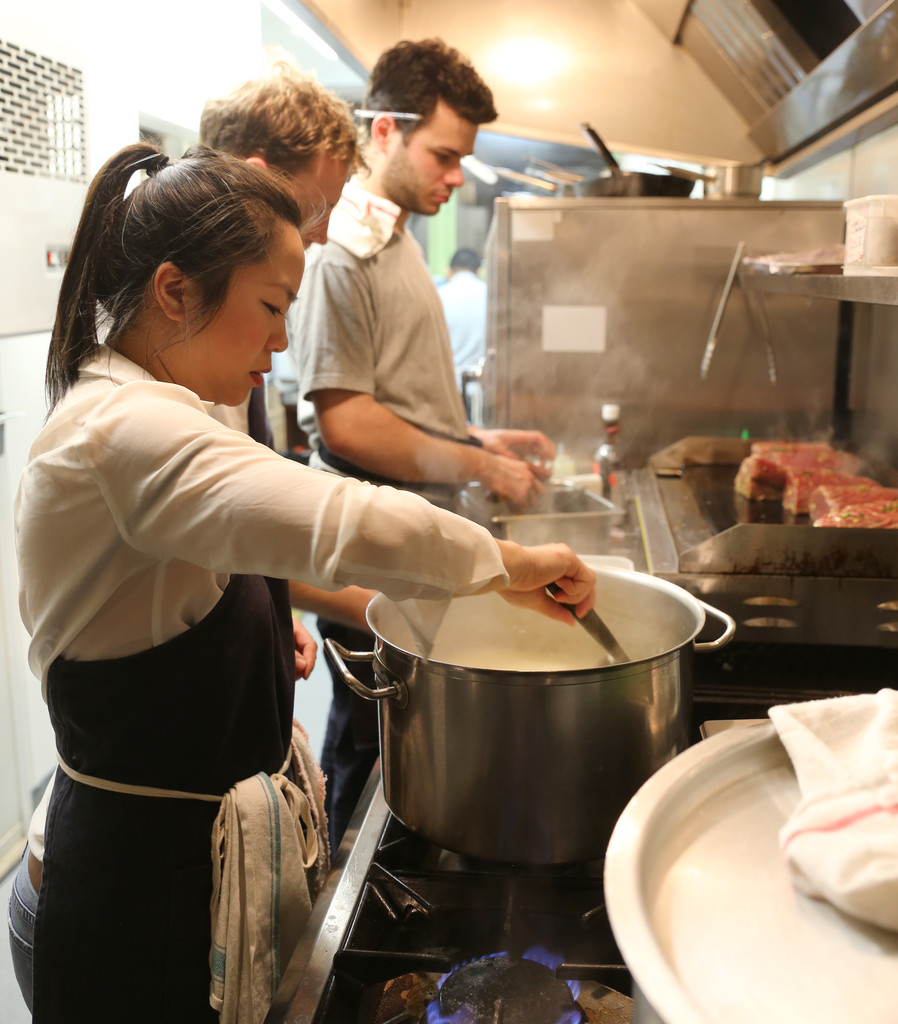 I have the chef bug. I loved my week at Carousel at the beginning of 2015. Carousel is a restaurant which has a continuous change of the best chefs from all over the world taking residence for a couple of weeks at a time in London’s West End, Marylebone.

When she planted the idea and suggested I do a short stint there, Melissa Hemsley had to endure my backwards and forward eagerness and reluctance. I am not a chef, I kept saying, I don’t know if I can do it! Being a chef is so different from being a home cook! Plus I was in acute distress at the idea of people coming to eat my food and judge it. What if I just muck everything up? What if something happens and everything I have built will fall apart?

Nights of fear and apprehension plagued my sleep.

Feel the fear! Said Melissa. And do it! Do it anyway! 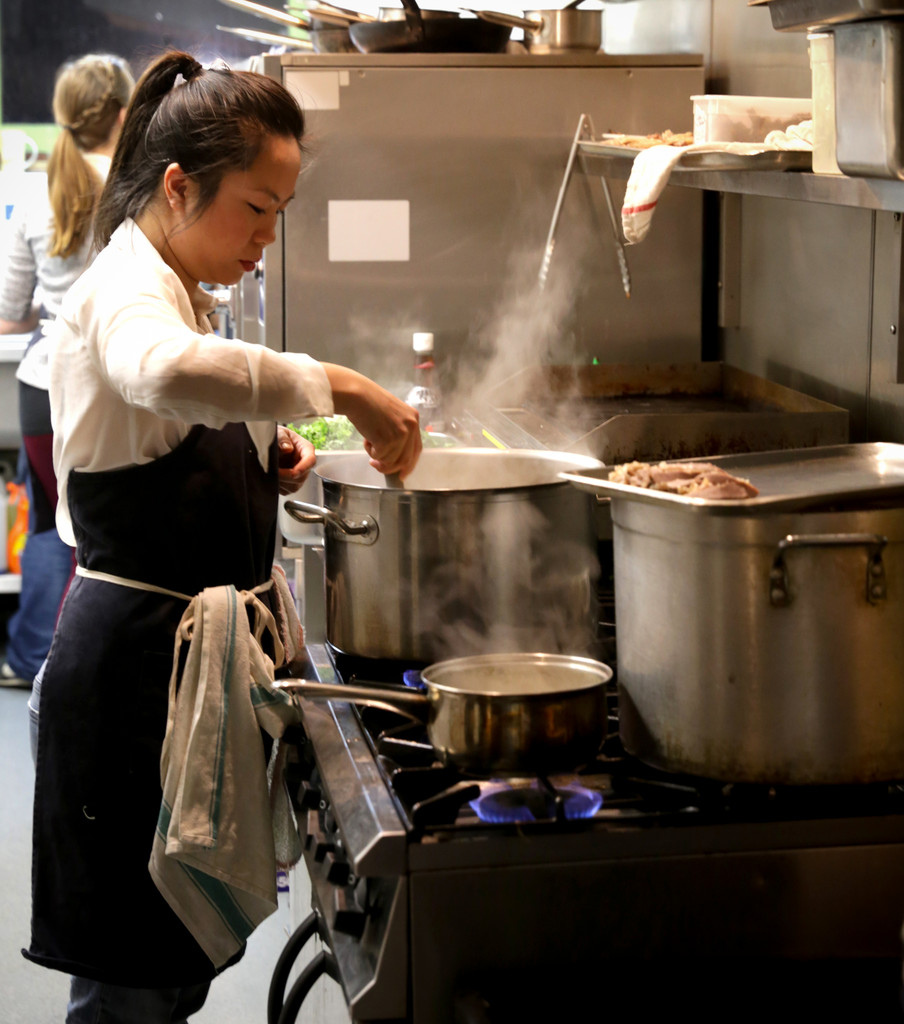 Being a chef, (only for a week) was one of the most tiring times of my life, even though I had a couple of chefs helping and a KP and my assistant Jenny Brown (and thanks to Rosie Birkett for 2 nights help too). It was exhausting and laborious. It is work for strong, robust people with stamina and strength of youth and vigour.

At home, I would make things in small batches, at Carousel, I learnt how to make army batches in massive pots and pans that weighed ten fold of densities I am used to. I watched Rebecca crack 50 eggs, she doesn’t mess around, she makes things in mammoth sizes as well as multitask the constantly ignited flaming stove. 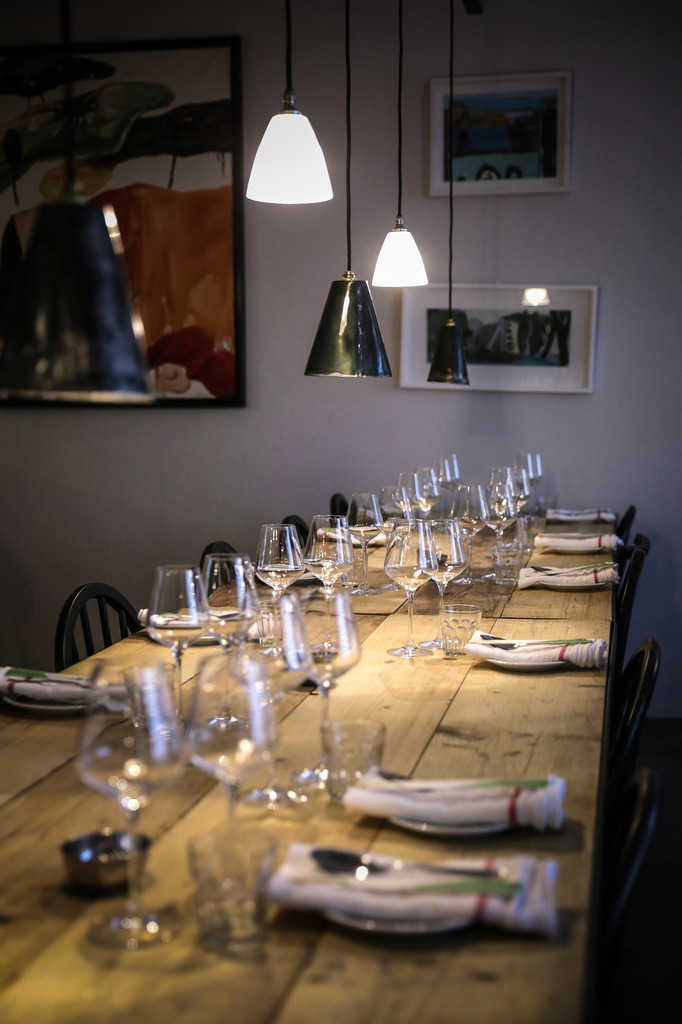 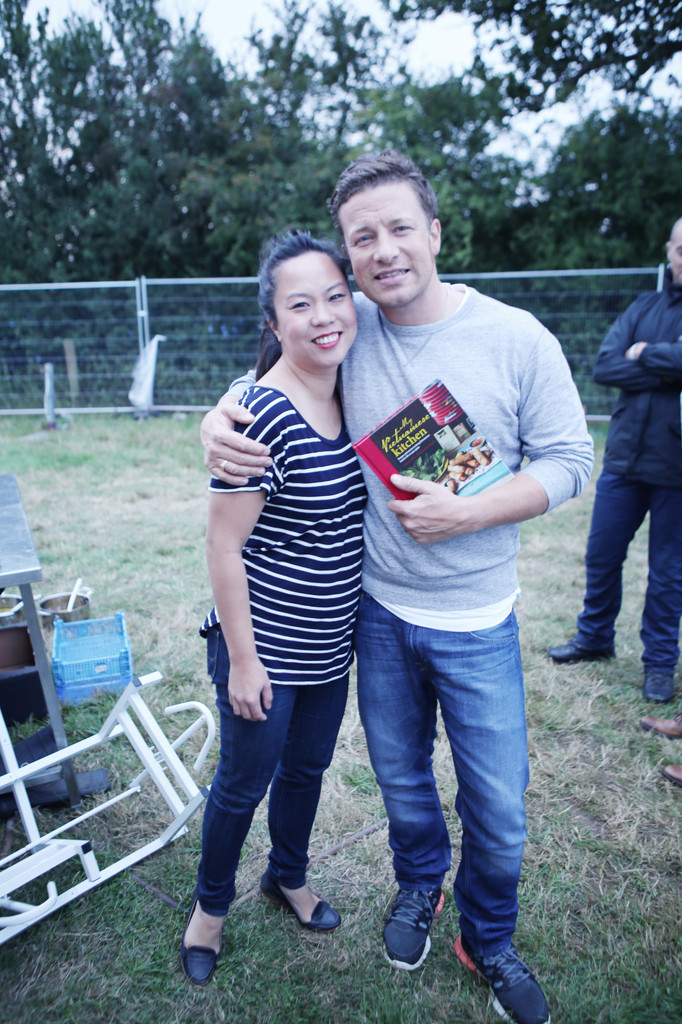 I have been really truly busy this summer. One minute I’m covered, splashed in the face, white, painting the ceiling of my new kitchen; the next I am desperately trying to source 100kg of pinot noir grapes 4 months out of season (for a commercial); I got dressed up as though I was in a Vermeer painting (for a commercial); styling at least 50 dishes in one day for a Christmas ad; holding a yard sale on my street and shifting a piano – “girl-where-you-get-your-strength-from?” said a onlooker… Well I have been wanting to truly pass out these few months on the beach but in the midst of it, while in pre-production, I rode a lovely 4 hour trip to Oxford to Alex James’s farm with Jenny my assistant and best bud Aggie to make the starter for the supper club at The Big Feastival and there, a fluke of luck, I met with Jamie Oliver. 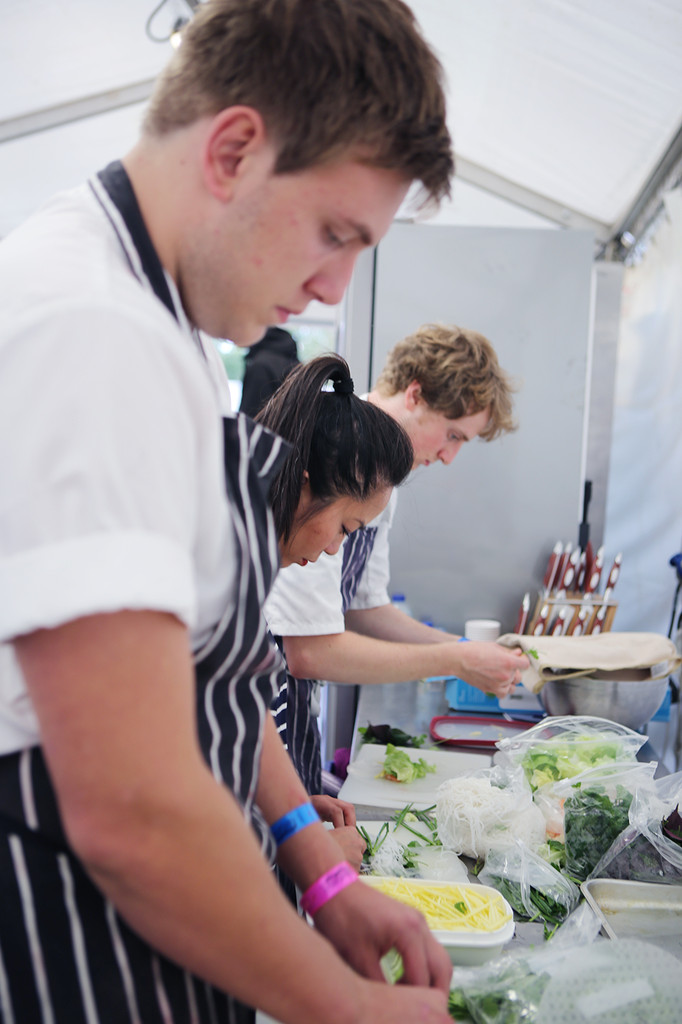 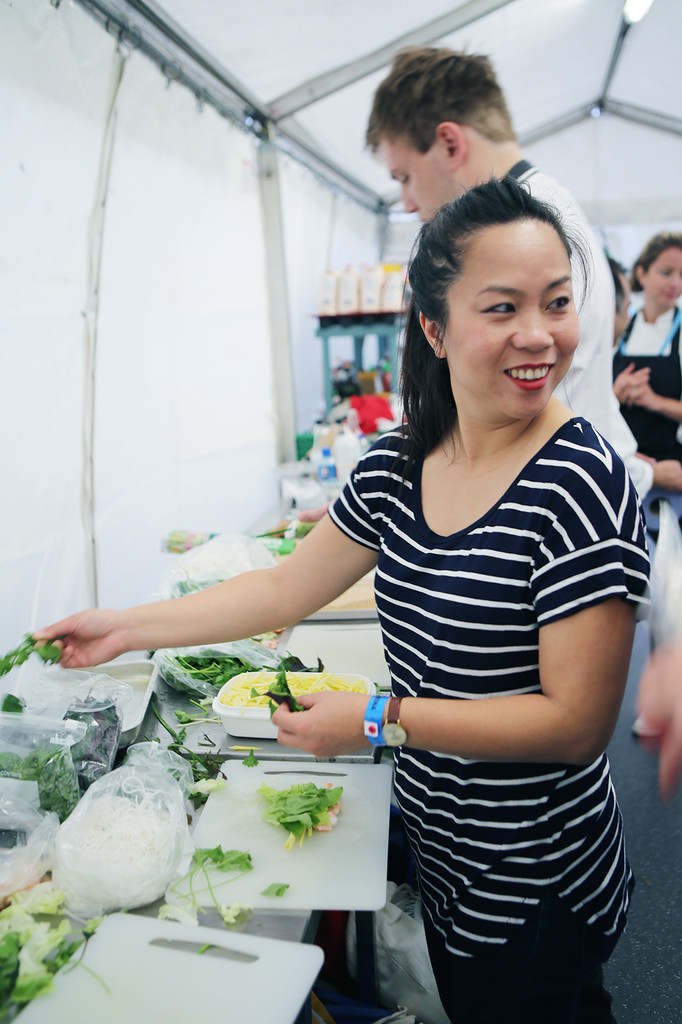 After demo-ing a few summer rolls to the lovely chefs at Jamie’s Fifteen, who then took charge and made 60 rolls for the guests at the Feastival Supper Club – all in aid of The Jamie Oliver Foundation, I was bursting for a drink and dived towards the fridge where Jamie’s back was facing me. I had no idea he was there but he kindly introduced himself, thinking, who is this person raiding my drinks? I had to trigger his memory a little but he remembered filming with me years